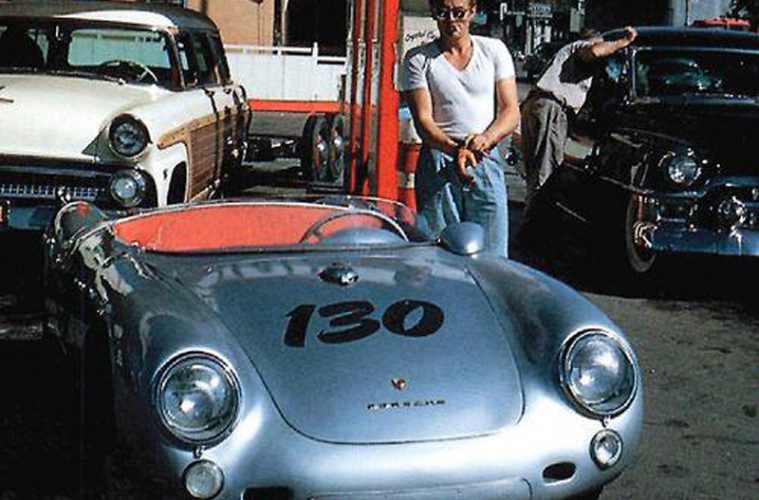 James Dean on take outs of “Rebel without a Cause” James Dean and Sal Mineo on location at the Griffith Observatory during the filming of ‘Rebel Without A Cause’, 1955. James Dean going for a quick shave in between filming scenes for East of Eden, 1954. James Dean and his “Little Bastard” Silver Porsche 550 Spyder. just hours before the fatal crash in 1955. James Dean in a 1955 photo by Phil Stern James Dean showing off his lasso skills on the set of Giant. Dean’s smashed Porche in a garage following the accident.